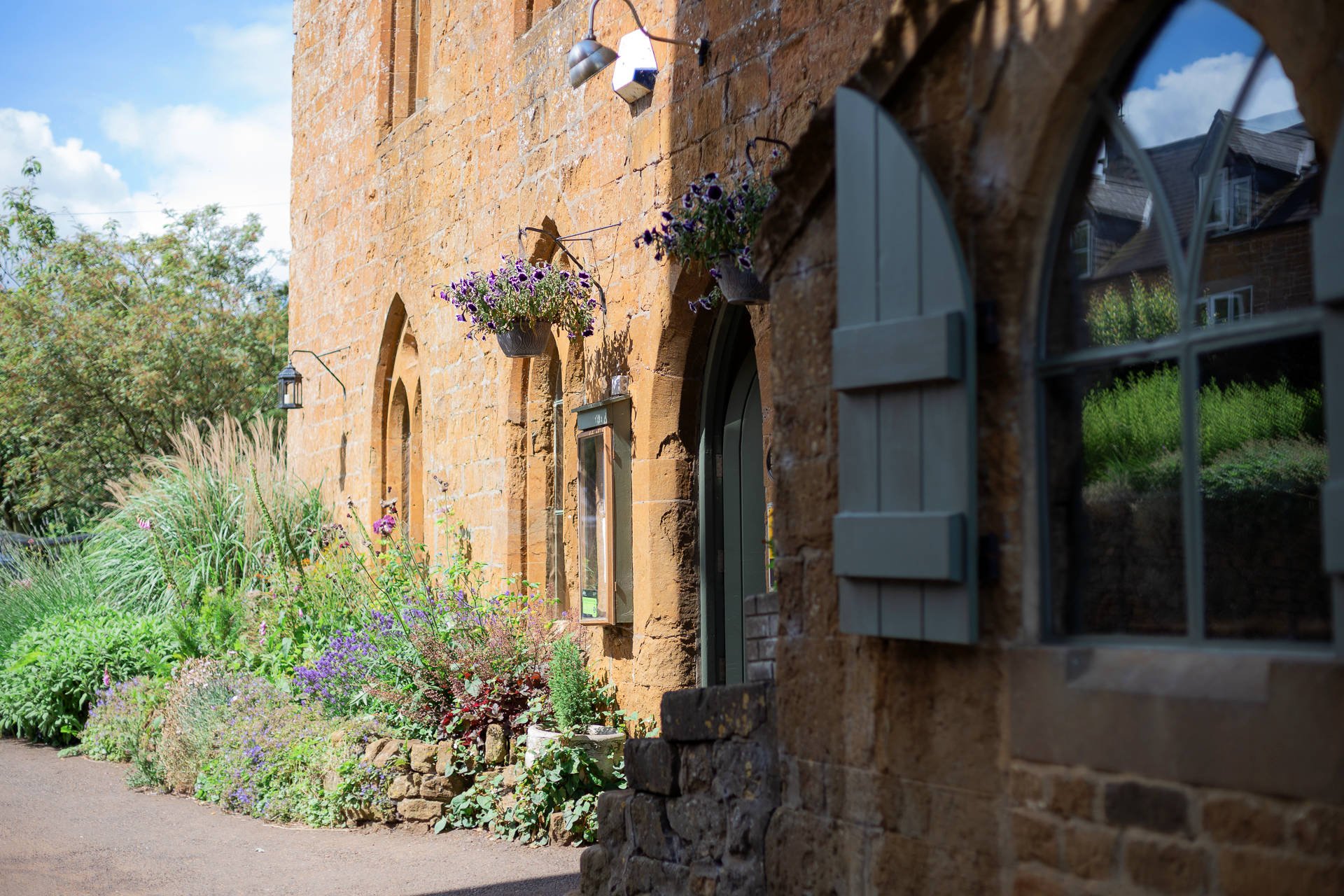 Situated on the summit of Edgehill, famous for its views of the battlefield of the Battle of Edgehill below, the pub can serve as dining for a special occasion with family, a romantic meal watching the sun go down or a bite to eat whilst walking the centenary way.

The Battle of Edgehill took place on the afternoon of the 23rd October 1642 between Oliver Cromwell’s Parliamentary troops led by the Earl of Essex and King Charles’ Royalists led by Prince Rupert and Lord Wilmot. The two armies of similar size; approximately 12,000 men, continued for two days with neither side gaining a decisive victory.

The tower was built 100 years later by Sanderson Miller and is said to mark the spot where King Charles raised the standard before the two sides clashed. The Tower, also known as the Radway or Round Tower was intended to replicate Guy’s Tower at nearby Warwick Castle.

The Tower first became a pub in 1822, when it was sold by a descendant of Sanderson Miller to become a free house. Then in 1922 the Inn was acquired by Hook Norton Brewery.

In 2014 The Castle at Edgehill underwent a major refurbishment. Mark working in conjunction with Hook Norton Brewery closed the pub for over 12 weeks whilst major works took place.

Every effort has been made to retain the original features such as beautiful stone fire places, paintings and the beautiful exposed stonework which can be seen throughout our pub.

All of which add character to this wonderful and breath-taking site. This beautiful intimate Inn since the opening day has gone on to win local and National awards. Most recently Mark was named BII licencee of the year for 2017. A huge honour in the industry.

We have catered for 100’s of birthdays, special occasions and beautiful weddings. The team has grown into a fantastic family of loyal cavaliers. Mark still has ambitious plans for this site, as it continues to grow into one of the most popular eating destinations across the Cotswold’s, Warwickshire and Oxfordshire.

To make the Hook Norton real ale requires the art, craft and skill of the brewer, the finest raw materials and water drawn from deep wells beneath the beautiful tower brewery in the Cotswold Hills.

Civil War Walk. Our walk starts at the Castle at Edgehill, built nearly a hundred years after the battle by the owner of Radway Grange, Sanderson Miller, as an impressive folly to entertain friends on the site where the King had raised his royal standard before the battle.

Click here to view the details and directions for the Civil War Walk.